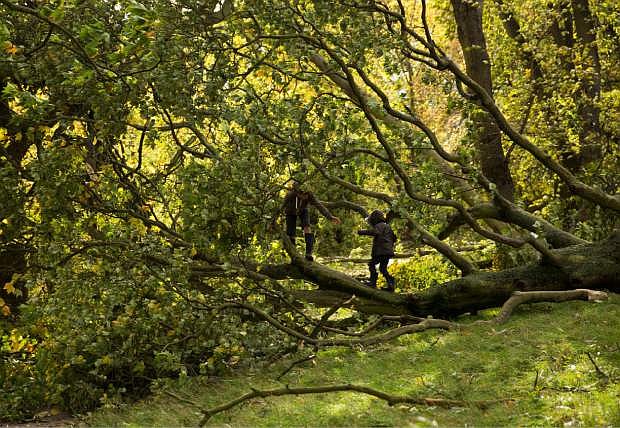 Two brothers play on a tree that was blown over in a storm on Hampstead Heath in north London, Monday, Oct. 28, 2013. A major storm with hurricane-force gusts has lashed southern Britain, causing flooding and travel delays including the cancellation of roughly 130 flights at London&#039;s Heathrow Airport. Weather forecasters say it is one of the worst storms to hit Britain in years. (AP Photo/Matt Dunham)