Europe eyes sanctions on US over spying 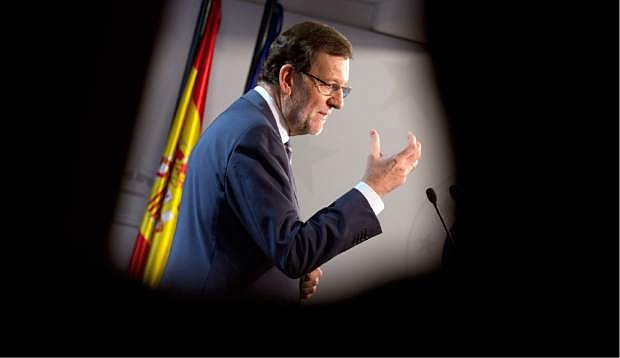 Spanish Prime Minister Mariano Rajoy gestures while speaking during a media conference after an EU summit in Brussels on Friday, Oct. 25, 2013. Migration, as well as an upcoming Eastern Partnership summit, topped the agenda in Friday&#039;s meeting of EU leaders. (AP Photo/Virginia Mayo)