S&P 500’s has small gain, reaches yet another record 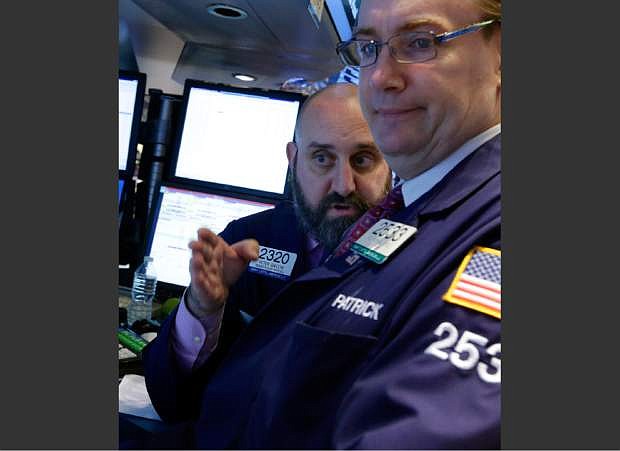 In this Wednesday, Oct. 9, 2013 photo, specialists Peter Giacchi, left, and Patrick King confer at a trading post on the floor of the New York Stock Exchange. After a strong finish on Friday, investors are hoping the stock market rally will continue Monday, Oct. 28, 2013. (AP Photo/Richard Drew)