Students back week after shooting 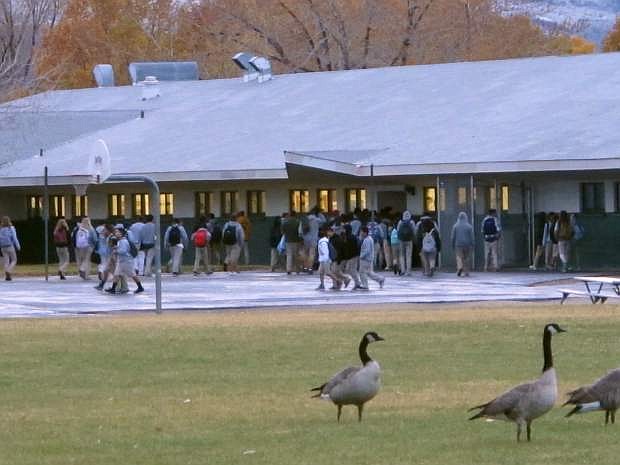 Students return to Sparks Middle School on Monday morning, Oct. 28, 2013, for the first time since Oct. 21, when a 12-year-old student gunned down a teacher and wounded two classmates before killing himself. Police don&#039;t know why seventh grader Jose Reyes killed 45-year-old Michael Landsberry and shot two 12-year-old boys before turning the handgun on himself. AP Photo/Scott Sonner)