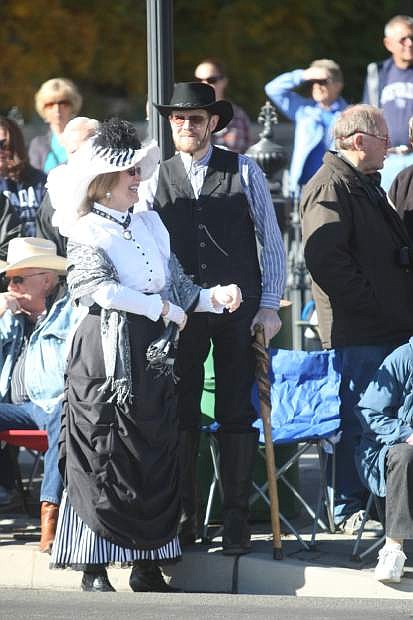 Karen Gysen and James Van Bavel of the Living Legends of Virginia City watch the parade on Saturday morning.