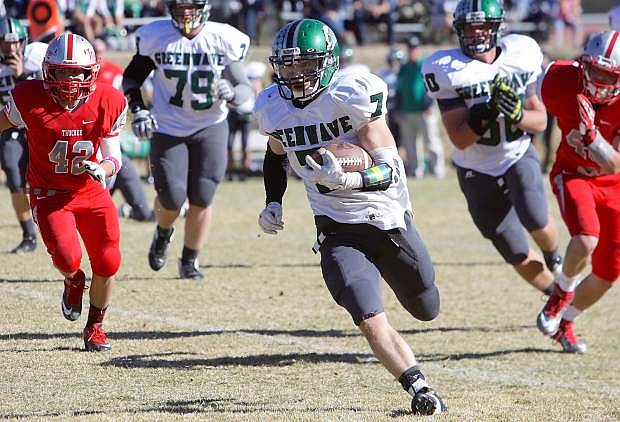 Fallon running back Trent Tarner breaks loose during the Greenwave&#039;s 54-19 win over Truckee on Saturday. Tarner ran for 281 yards on 17 carries.