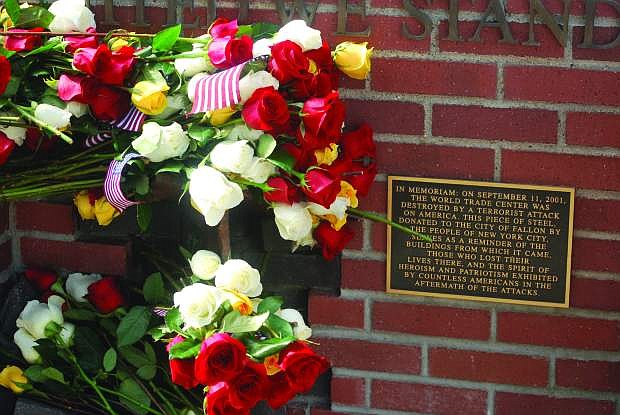 Flowers adorn a wall behind the Fallon City Hall after a previous 9/11 ceremony remembered those who lost their lives on Sept. 11, 2001.