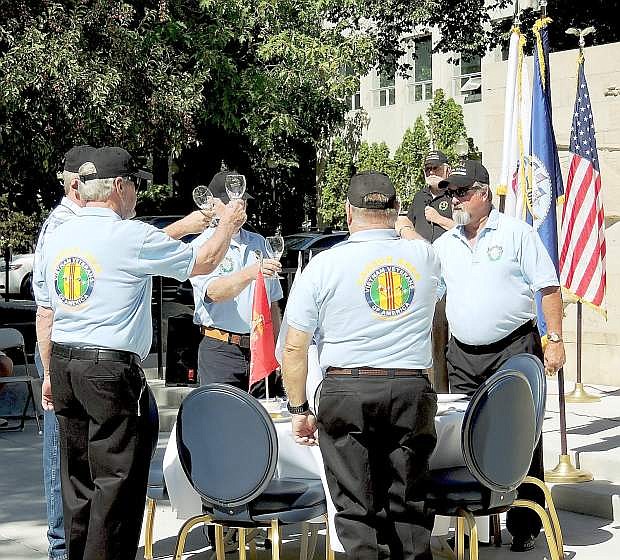 Members of The Vietnam Veterans of America-Carson Area Chapter 388 perform the Missing Warrior Table and Honors Ceremony after remarks by Mayor Robert Crowell and others at the Nevada State Veterans Memorial.