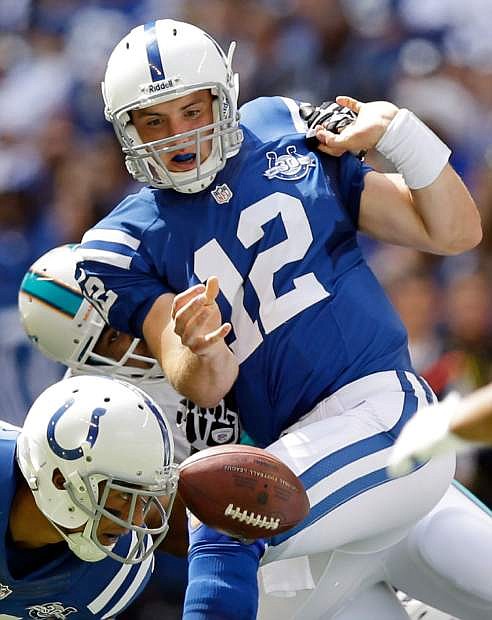 Indianapolis Colts&#039; Andrew Luck (12) fumbles the ball as he is sacked by Miami Dolphins&#039; Derrick Shelby during the first half an NFL football game on Sunday, Sept. 15, 2013, in Indianapolis. The Colts recovered the ball. (AP Photo/Michael Conroy)