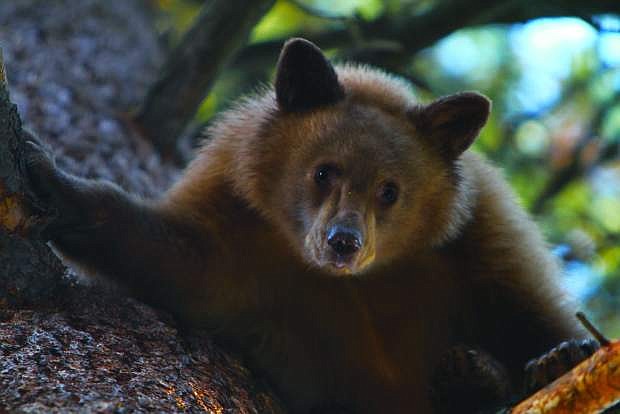 A young bear hangs in a tree in Incline Village last year.