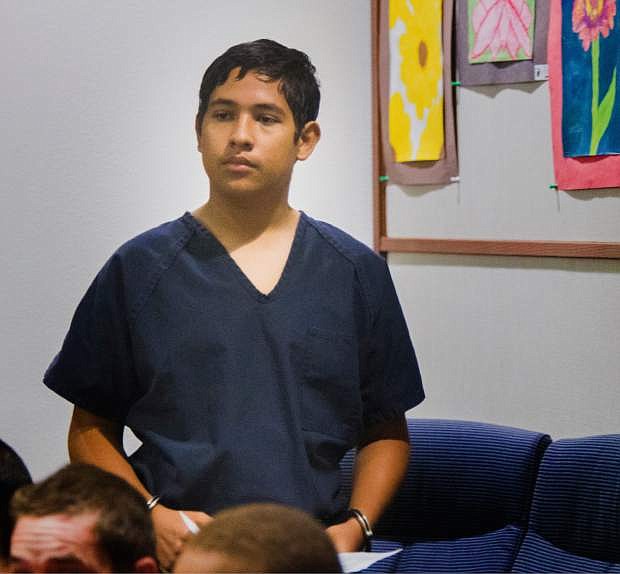 Adrian Navarro-Canales, 16, appears in Henderson Justice Court, in Henderson, Nev. Monday, Sept. 30, 2013, on charges that he killed his mother and younger brother a day after celebrating his 16th birthday. Navarro-Canales is being prosecuted as an adult in the case. (AP Photo/Las Vegas Review-Journal, Jeff Scheid)