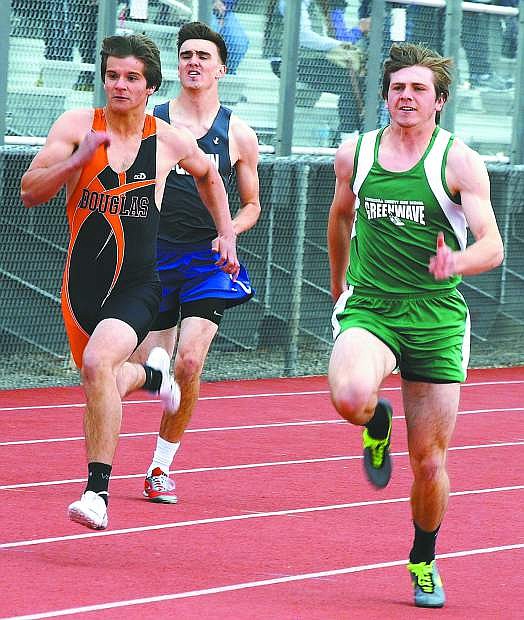 Jake Ernst sprints past the field in a preliminary heat of the 100-meter race on Saturday.