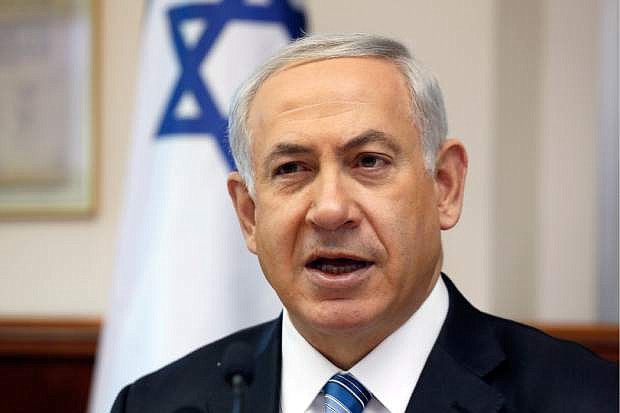 Israeli Prime Minister Benjamin Netanyahu chairs the weekly cabinet meeting in his office in Jerusalem, Sunday, April 6, 2014. Speaking at a weekly Cabinet meeting Sunday Netanyahu said the Palestinians have lots to lose by taking unilateral steps and will be answered in kind by Israel. Last week, the Palestinians renewed their push for membership in United Nations agencies. (AP Photo/Gali Tibbon, Pool)