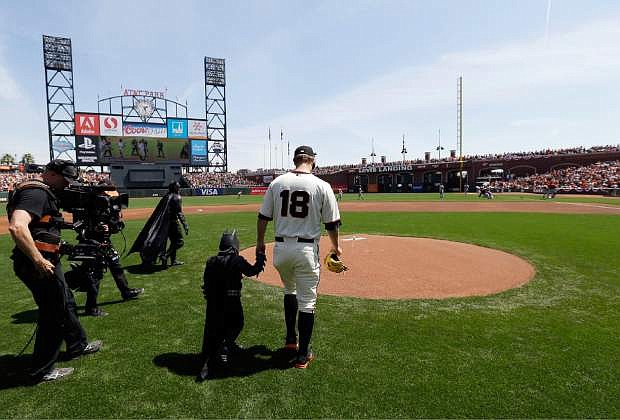 Miles Scott, dressed as Batkid, second from right, walks to the mound with San Francisco Giants pitcher Matt Cain (18) to throw the ceremonial first pitch before a home opener baseball game between the Giants and the Arizona Diamondbacks in San Francisco, Tuesday, April 8, 2014. On Nov. 15, 2013, Scott, a Northern California boy with leukemia, fought villains and rescued a damsel in distress as a caped crusader through The Greater Bay Area Make-A-Wish Foundation. (AP Photo/Eric Risberg, Pool)