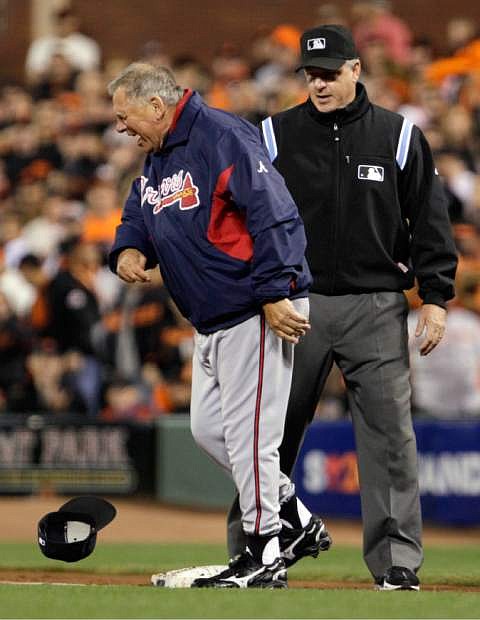 FILE - In this Oct. 8, 2010 file photo, Atlanta Braves manager Bobby Cox throws his hat in front of umpire Paul Emmel just before he was ejected for arguing that Alex Gonzalez was safe in the second inning of Game 2 of the National League Division Series baseball game against the San Francisco Giants in San Francisco. With baseball&#039;s expanded replay rule this season, those colorful, saliva-trading tirades Bobby Cox and Lou Piniella made famous could very well be replaced by far more civilized behavior. (AP Photo/Ben Margot, File)