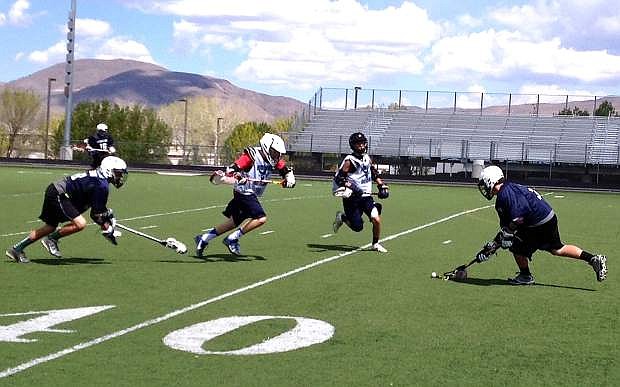 Oasis lacrosee player Trent Thorn, right, scoops up the ball during a game at the High Sierra League jamboree on Saturday in Reno.