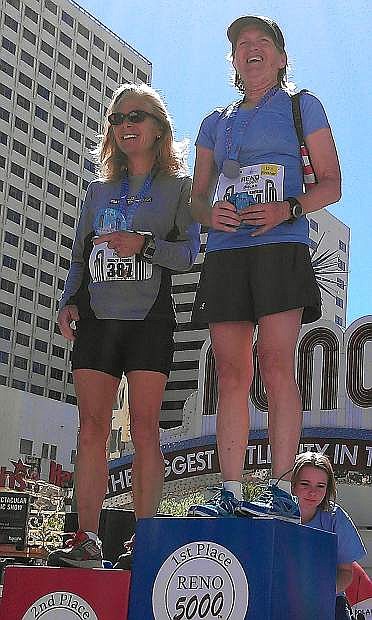 Fallon resident De Vere Karlson, right, stands atop the podium after she won her age group in Sunday&#039;s Reno Downtown River Run half marathon. She will compete Monday in the 118th Boston Marathon.