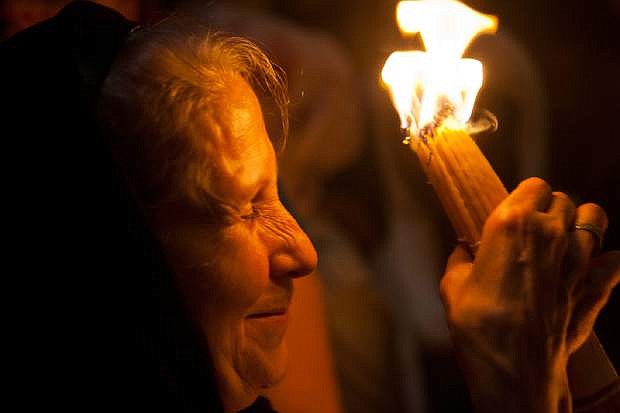 Christian pilgrim holds candles at the church of the Holy Sepulcher, traditionally believed to be the burial site of Jesus Christ, during the ceremony of the Holy Fire in Jerusalem&#039;s Old City, Saturday, April 19, 2014. The &quot;holy fire&quot; was passed among worshippers outside the Church and then taken to the Church of the Nativity in the West Bank town of Bethlehem, where tradition holds Jesus was born, and from there to other Christian communities in Israel and the West Bank. (AP Photo/Dan Balilty)