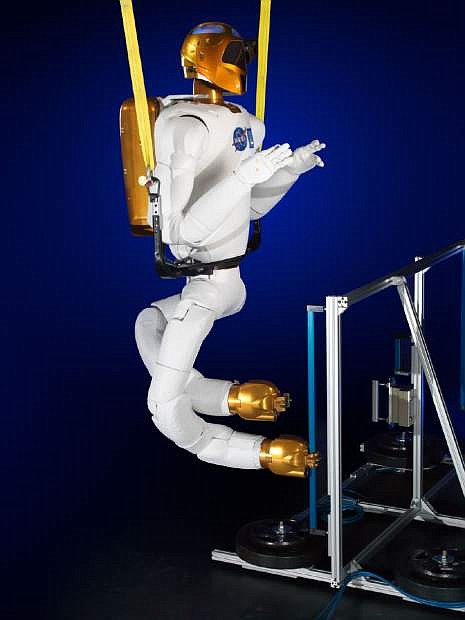 This Nov. 13, 2013 photo made available by NASA shows the Robonaut with legs at a lab in Houston. Each leg, 4 feet, 8 inches long when straight, has seven joints. Instead of feet, there are grippers. Each gripper, or foot, has a light, camera and sensor for building 3-D maps. (AP Photo/NASA, Bill Stafford, James Blair)