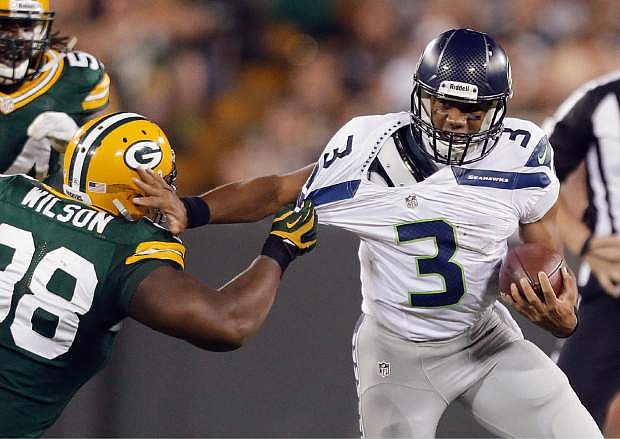 FILE - In this Aug. 23, 2013, file photo,k Seattle Seahawks quarterback Russell Wilson tries to get away from Green Bay Packers&#039; C.J. Wilson during the second half of an NFL preseason football game in Green Bay, Wis. As Super Bowl champions, the Seahawks get to kick off the NFL&#039;s regular season by hosting the Packers on Sept. 4. That Thursday game is the first of four prime-time games on opening weekend. (AP Photo/Jeffrey Phelps, File)