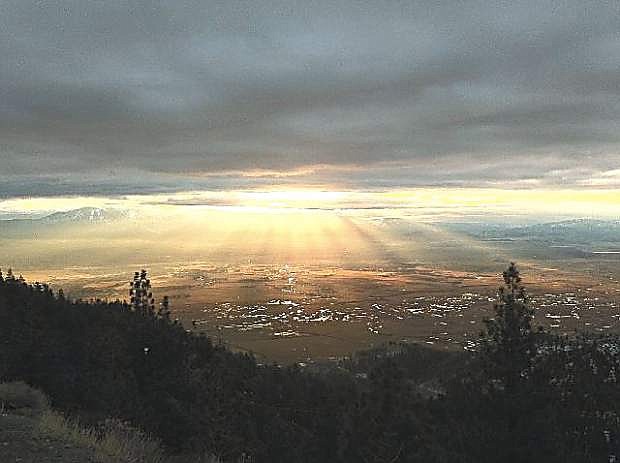 Gardnerville Ranchos resident Jeff James took this photo of Carson Valley in 2011 from near the top of Kingsbury Grade. Access to the grade will be restricted until late this month.