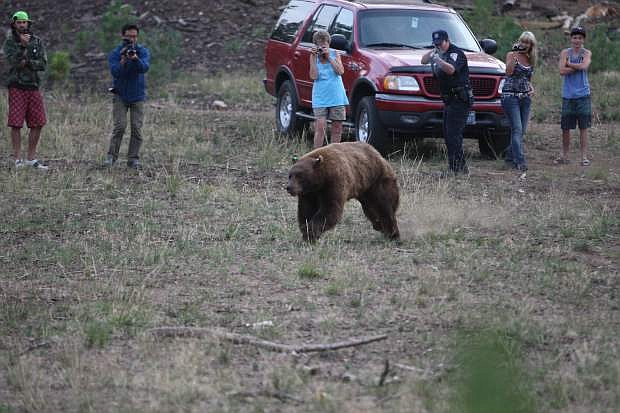 A Nevada Fish and Game Warden fires rubber bullets at a 500 pound bear after it was released on Friday near Spooner Summit.