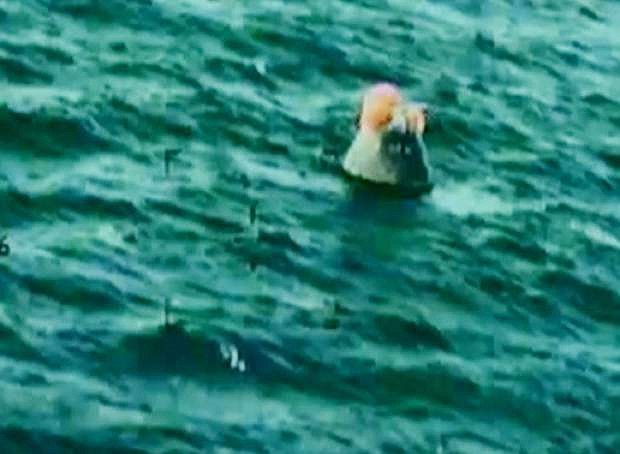 In this image provided by NASA, the Orion spacecraft floats in the Pacific Ocean, Friday, Dec. 5, 2014, following a dramatic test flight that took it to a zenith height of 3,600 miles and ushered in a new era of human exploration aiming for Mars. (AP Photo/NASA)