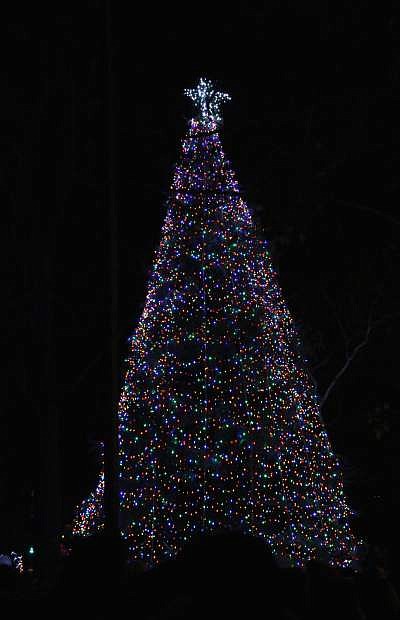 One of the several decorated trees is lit up on the State Capitol grounds Friday evening in Carson City.