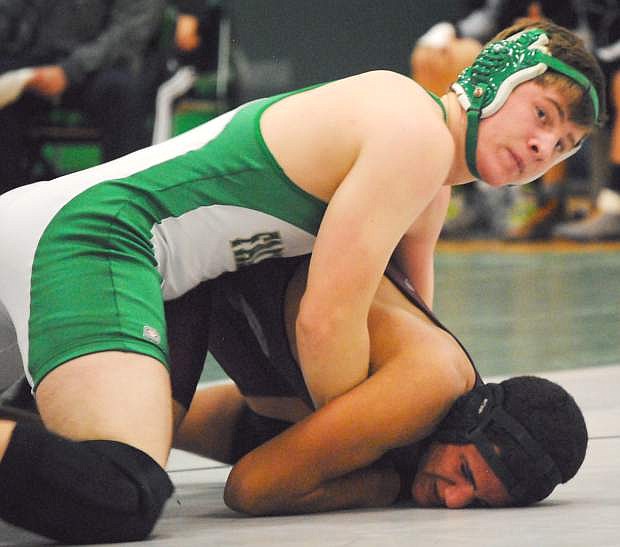 Greenwave grappler David Hughes, on top, works for a pin during his bout at the Earl Wilkens Memorial Tournament on Saturday. Fallon will compete today and Saturday at the Cody Louk Invitational in Winnemucca.