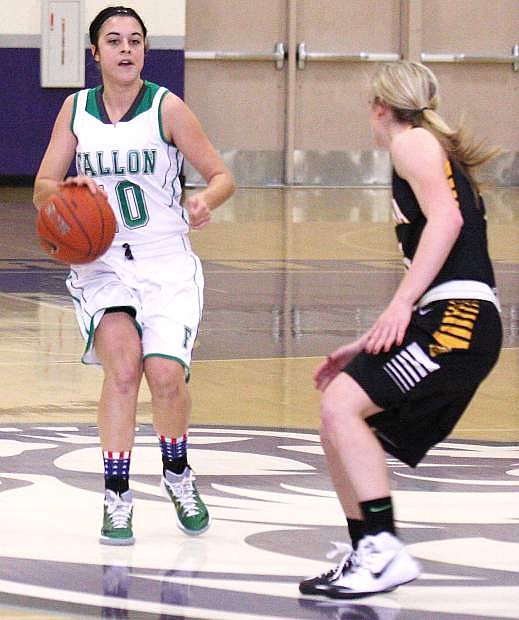 Fallon guard Ali Tedford dribbles up the court during a game against Galena last week. The Lady Wave play at Spring Creek today and Elko on Saturday to tip off the Northern Division I-A schedule.