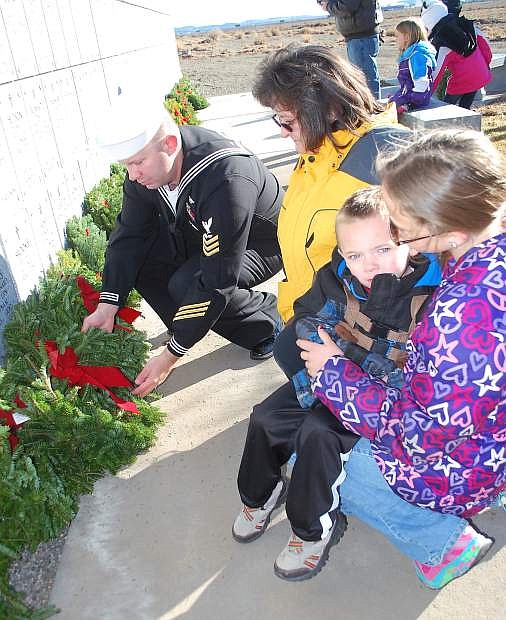 Petty Officer A01 Josh Bowen from Naval Air Station Fallon helps the Anderson family, also of Fallon, on Saturday place a wreath at the base of the columbarium at the Northern Nevada Veterans Memorial Cemetery in Fernley. From left are Bowen, Rose Anderson, Sarah Anderson and Jarron Benham, who were honoring David Anderson, a Navy Vietnam veteran who died in 2012.