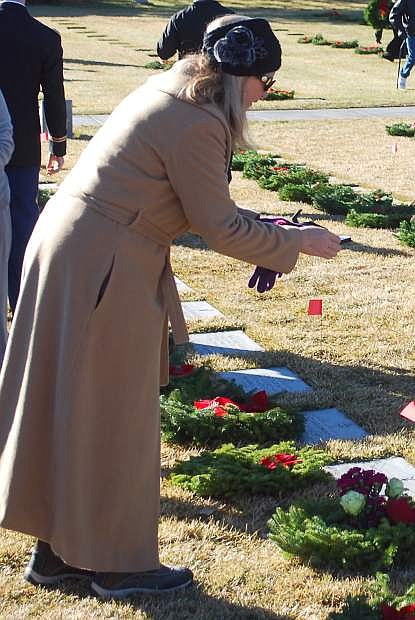 Kelly Beadle of Fallon takes a photo after placing a wreath on her mother&#039;s grave at the Northern Nevada Veterans Memorial Cemetery at Fernley on Saturday.