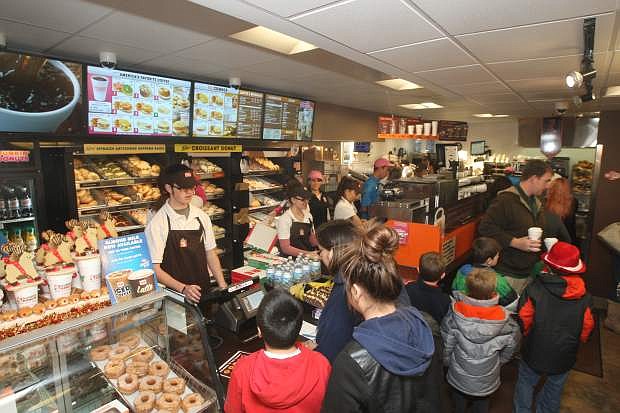 Customers order donuts and coffee during the grand opening of Dunkin&#039; Donuts on Tuesday morning.