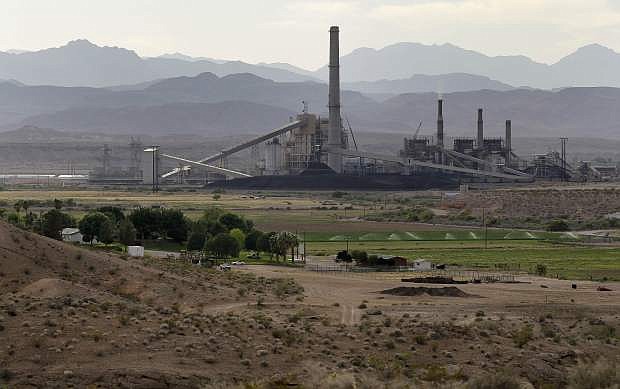 FILE - This Monday, May 14, 2012, file photo shows the Reid-Gardner power station near a farm on the Moapa Indian Reservation, in Moapa, Nev. Nevada utility regulators are considering a revised plan for a solar power generating facility that had been proposed for the Moapa River Paiute Indian Reservation as part of an NV Energy effort to retire coal-fired plants. The Moapa solar project was projected to generate up to 200 megawatts, and proponents say it&#039;ll be needed when NV Energy shuts down the nearby coal-fired Reid Gardner generating station by the end of 2017. (AP Photo/Julie Jacobson, File)