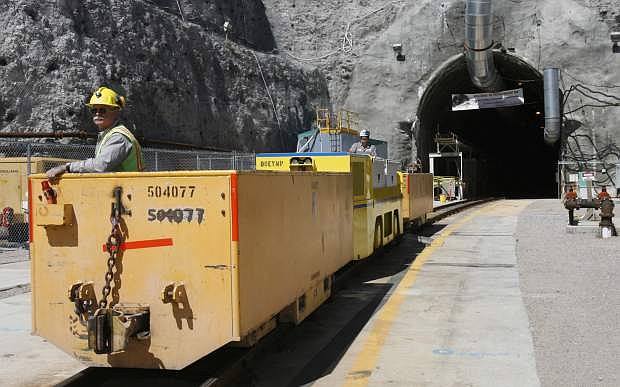 FILE - In this April 13, 2006 file photo, Pete Vavricka conducts an underground train from the entrance of Yucca Mountain in Nevada. Federal nuclear regulators say the U.S. Energy Department will need to acquire water rights and a land buffer before it can entomb the nation&#039;s radioactive waste beneath a long-studied volcanic ridge in the Nevada desert. The Nuclear Regulatory Commission issued a report Thursday, Dec. 18, 2014, saying most administrative and program elements of the Yucca Mountain repository meet commission requirements. (AP Photo/Isaac Brekken, File)