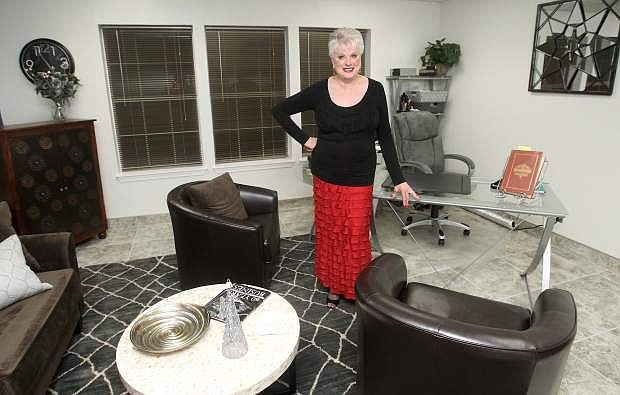 Executive Director Ronni Hannaman poses in her new office at the Carson City Chamber of Commerce on Tuesday. .