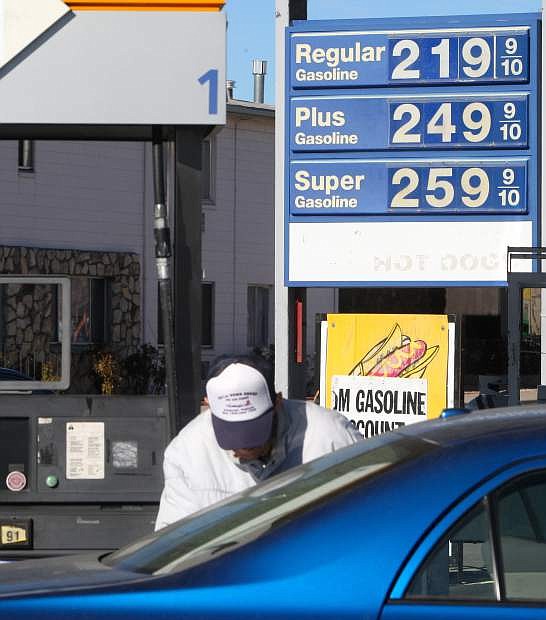 A motorist gets gas at JM Gasoline, which has one of the lowest prices for fuel in Carson City.