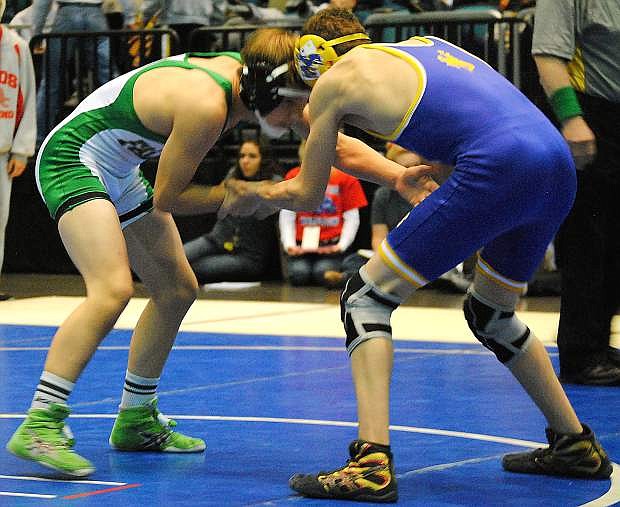 Fallon wrestler Dylan McAfee takes on an opponent during last week&#039;s Reno Tournament of Champions. The Wave return to Reno on Monday and Tuesday for the Sierra Nevada Classic.