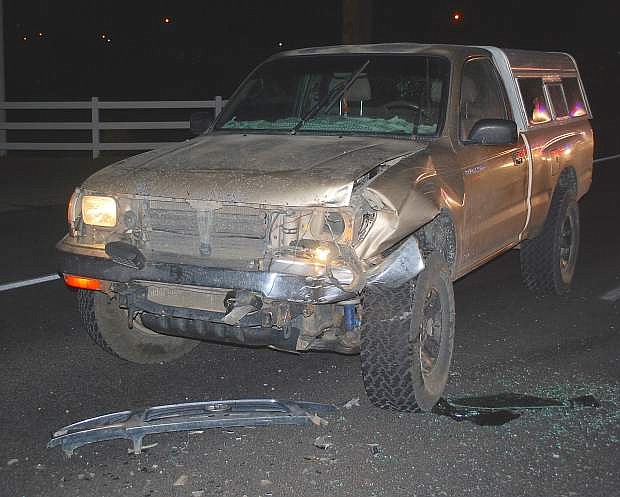 A two-vehicle crash west of Fallon near McLean Road snarled westbound traffic for about two hours Tuesday night. One woman was taken by paramedics to Banner Churchill Community Hospital. Both the Churchill County Sheriff&#039;s Office and Nevada Highway Patrol responded to the accident, which happened shortly after 5 p.m.