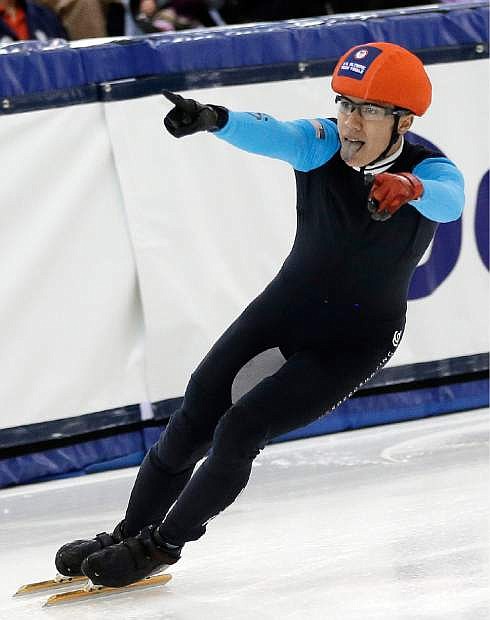 FILE - In this Jan. 3, 2014, file photo, J.R. Celski celebrates after the men&#039;s 1,500-meter race at the U.S. Olympic short track speedskating trials in Kearns, Utah. The 23-year-old from Federal Way, Wash., will compete at his second Olympics, looking to add to the pair of bronze medals he won at the 2010 Vancouver Games. (AP Photo/Rick Bowmer, File