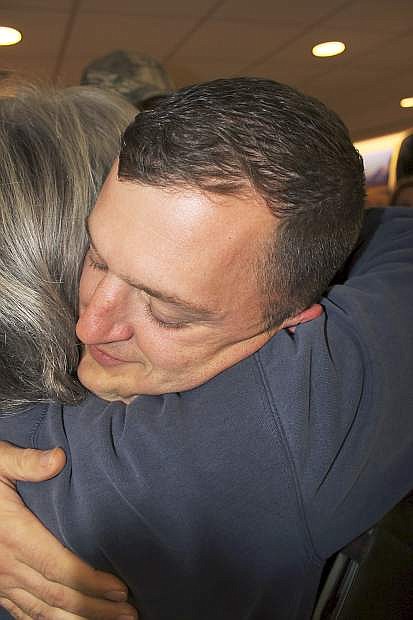 A family friend gives Staff Sgt. Nicholas Scobert a hug after he arrived in Reno.