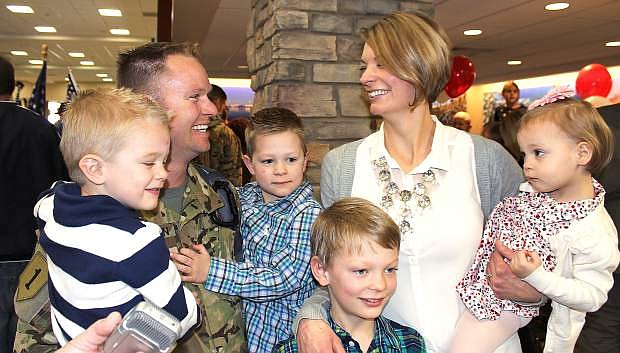 1stLt. Nigel Harrison, his wife Alyssa and four children reunite Sunday after he returned home from a 10-month deployment to Afghanistan.