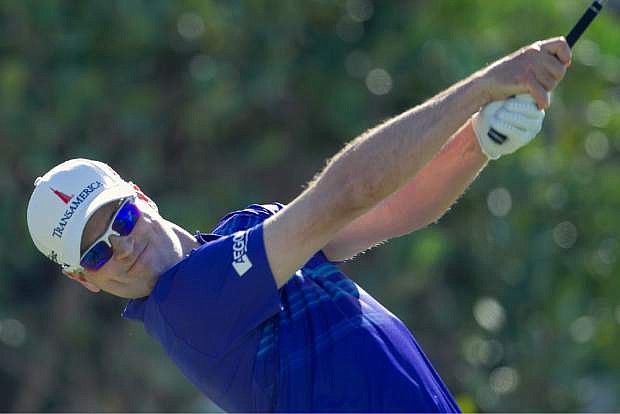 Zach Johnson drives off the first tee during the final round of the Tournament of Champions golf tournament, Monday, Jan. 6, 2014, in Kapalua, Hawaii. (AP Photo/Marco Garcia)