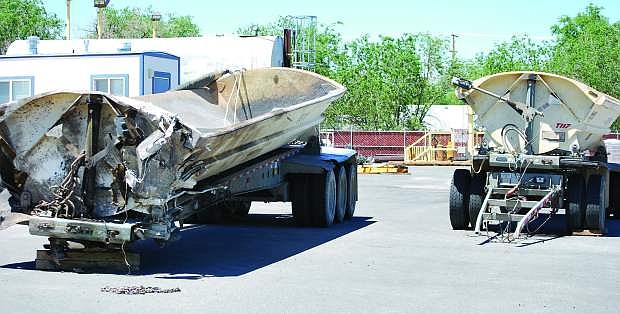 Two side cars from the Peterbilt tractor-trailer were stored in Fallon in 2011.