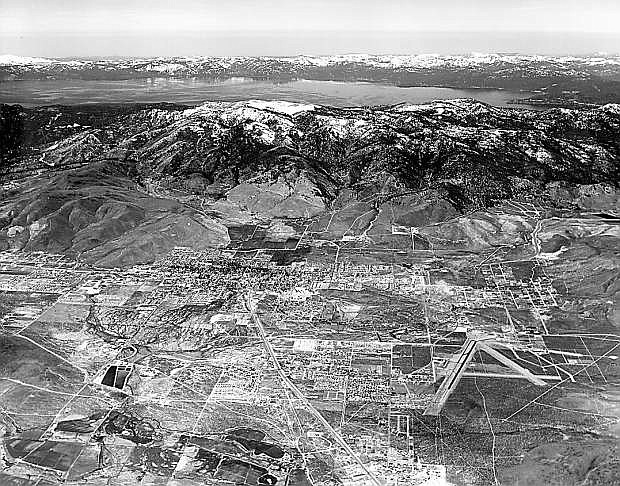 An aerial view of Carson City and Lake Tahoe in 1972.