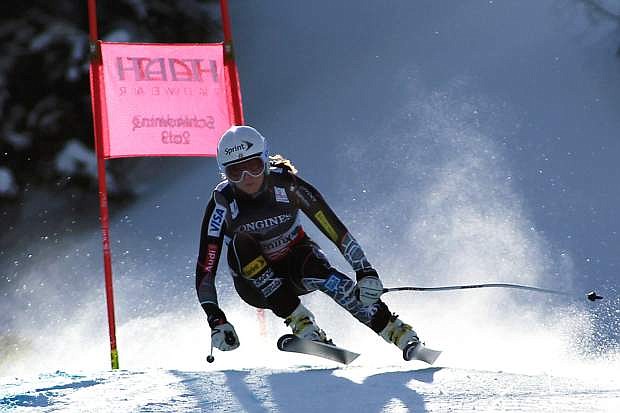 Julia Mancuso of Squaw Valley notched her season-best downhill result with a 13th-place finish in Austria on Saturday.