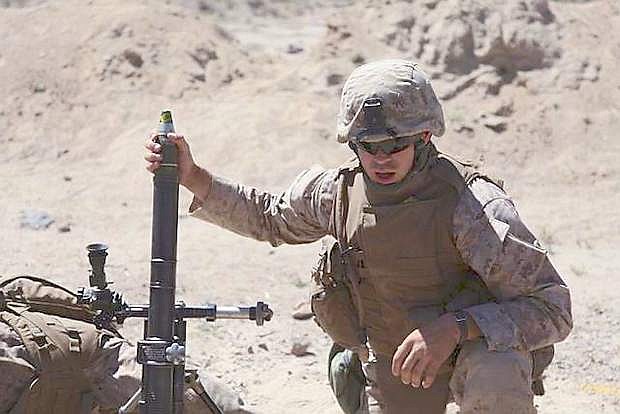 A Marine loads a 60 mm mortar during training at Hawthorne Army Depot, in July 2011. A military investigation into the deadly mortar accident at HAWD 10 months ago concludes the explosion resulted from human error, due in part to inadequate training and some Marines&#039; lack of familiarity with the weapons system.