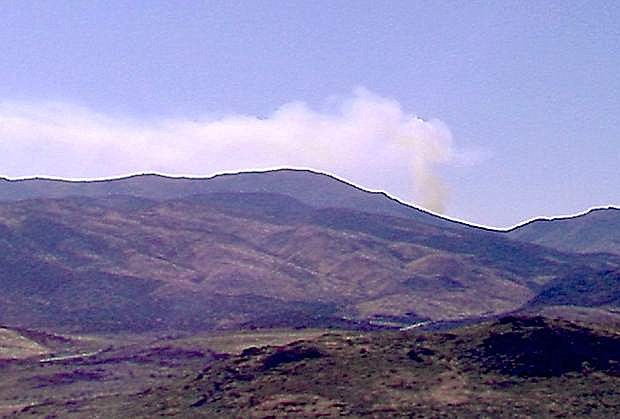 Smoke is visible over the mountains from the Minnehaha Canyon fire burning in Douglas County. The fire is burning away from homes in Topaz Ranch Estates.