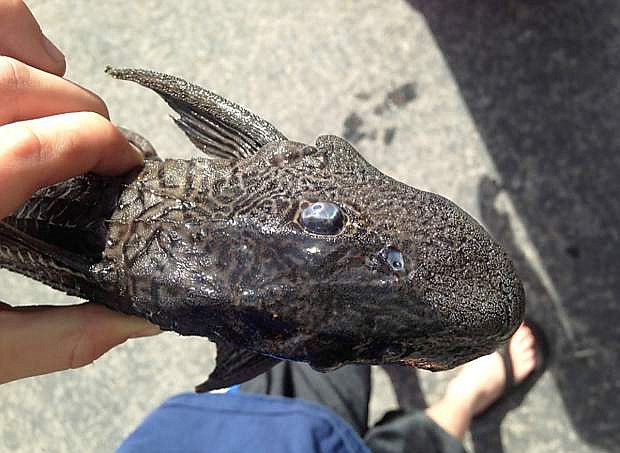 This was the Plecostomus found in Griff Creek in Kings Beach.