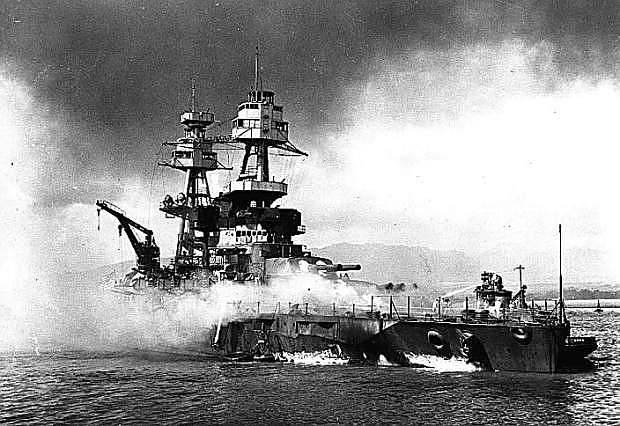 USS Nevada (BB-36) beached and burning after being hit forward by Japanese bombs and torpedoes. Her pilothouse area is discolored by fires in that vicinity. The harbor tug Hoga (YT-146) is alongside Nevada&#039;s port bow, helping to fight fires on the battleship&#039;s forecastle. Note channel marker bouy against Nevada&#039;s starboard side.