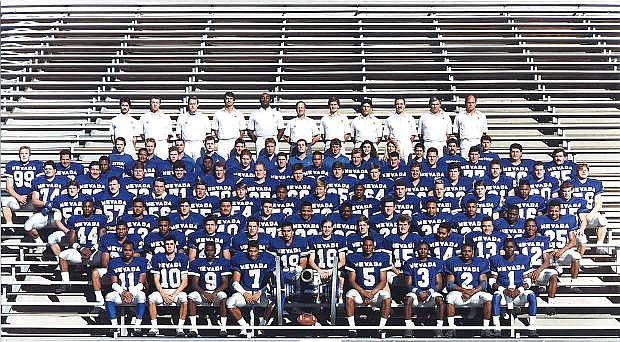 The 1990 Nevada football team will be inducted into the school&#039;s athletic Hall of Fame.