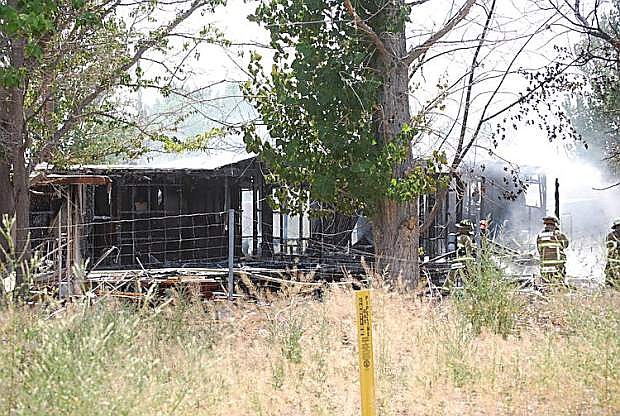 Firefighters from Fallon/Churchill and Naval Air Station Fallon&#039;s Federal fire departments responded to a fire on Wednesday that destroyed a trailer off of Wildes Road.