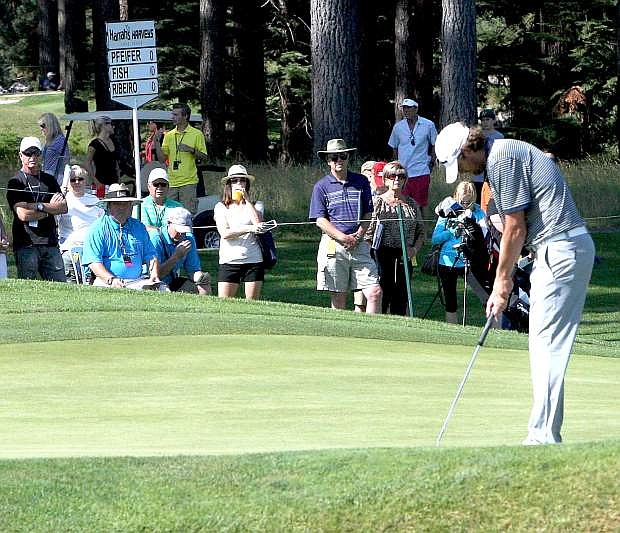 Former professional tennis player Mardy Fish putts during the first round of the American Century Championship on Friday.