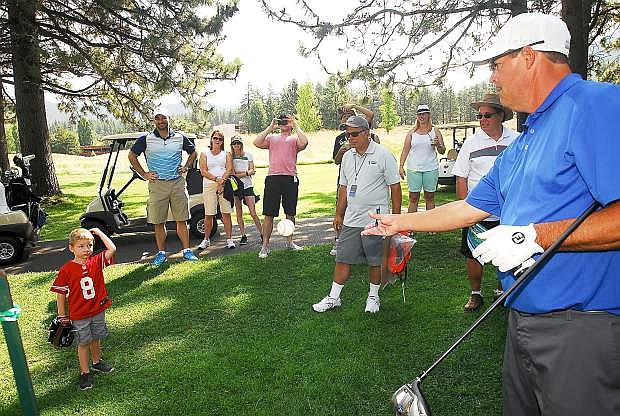 Greg Maddux tosses a signed baseball to a young fan during a practice round earlier this week at the American Century Championship at Edgewood-Tahoe Golf Course in Stateline. Maddux will be inducted into the baseball hall of fame later this month.